Be first to read the latest tech news, Industry Leader's Insights, and CIO interviews of medium and large enterprises exclusively from Aerospace and Defense Review

THANK YOU FOR SUBSCRIBING

Future Of Manufacturing In The Aerospace And Defense Market 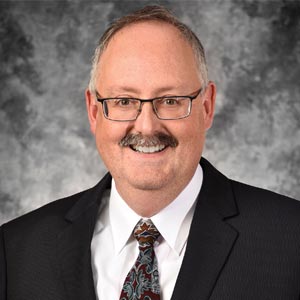 In the Aerospace and Defense product market, true mass production is a rare thing to encounter. It does exist in some limited areas such as munitions and commercial products also utilized in the Aerospace and Defense space such as fasteners, connectors, or other standard components. However, growing cost pressures and a global economy that demands ever-increasing customization are currently causing the entire Aerospace and Defense industry to look at how products are manufactured and assembled. It is not enough to simply look at technological solutions to limit variation or eliminate handwork.

There are a few immutable facts about aircraft production. First and foremost is global aircraft quantity, there were around 25,000 to 26,000 commercial aircraft operating pre-Covid-19. This translates to about 1000-1500 total aircraft produced by major OEM per year; compare this to the global number of automobiles (many millions) or the yearly production quantity of a single one of the world’s large automobile manufacturers, and the situation is evident that aircraft demand is a few orders of magnitude less than automotive so mass production economics have to be carefully analyzed to find appropriate solutions. Immutable fact number two, not as many subsystems, can be utilized on each different aircraft model as some people think. For example, each airplane model is different and requires concrete equipment to fly safely and perform appropriately. Specifically, no one would suggest mounting anaileron actuator sized for a small subsonic airplane to an aileron for a wide-body passenger aircraft flying trans-sonic velocities; the physics don’t work. While all aircraft  have a lot in common, from the example above, not all subsystems, assemblies, or components are appropriate for every aircraft design. This fact further limits our industry’s ability to standardize products that address each aircraft’s unique requirements.

There is pressure for tier 1, 2, and 3 suppliers in the Aerospace and Defense marketplace to leverage common elements to achieve better cost outcomes. While this is a normal market pressure as outlined above, this does require some new thinking and innovation.

In order to achieve long term competitiveness, it is my view that Aerospace and Defense manufacturers need to address product design and development to steer these highly specialized ‘custom’ designs towards solutions that support automated or semi-automated capabilities utilizing known successful manufacturing processes inclusive of adopting proven mass production processes such as Advanced Product Quality Planning to the entire process of bringing products to life physically. The goal is relentless pursuit of all techniques and technological advancements that allow economic ‘customized’ standardization. Envision a future wherein the concept of product architecture patterns and model-based system engineering processes drive design teams towards proven and understood product and system architectures that have been verified and validated by the operations community to be successful in the manufacturing arena. Envision live feedback for design engineers as they design product features to influence those designs with production capability metrics (Cpk) as these features are designed, and tolerances applied. As manufacturing, assembly, or inspection capabilities change, these capability metrics are also updated as the best reflection of current reality to influence the products to be manufactured next. Imagine designing a manifold with a view towards feeding that manifold through an automated manufacturing cell that has specific capabilities size, tool packages, and automated inspection capabilities. The design rules constrain the design engineer in an effort not to violate the cell capabilities to preserve efficiency.. It’s not that something different cannot be done. Still, it is important for the design engineer to know when a standard capability has been exceeded and what the consequences will be to making that decision. It is another truth that not all design engineers inherently know when the process capabilities of each and every manufacturing process have beenexceeded; therefore, a fully capable feedback mechanism is essential for a capable standard cell of features to be executable in the real world. All the features are proven in the ultimate test: successful production over many similar parts, all utilizing well-understood features. If the engineer knows there is a consequence to a decision, the design can be better balanced and either altered or the cell capabilities enhanced it becomes a business decision at that point.

The vision of the future outlined above is in varying stages of realization at Moog and others but this is what we need to pursue to realize customized standardization…we have to drive standardization to the feature level not the end product, drive products to known, proven system architectures that are thus able to be standardized— incorporating automated cells, automated inspection, or semi-automation as appropriate needs to be applied when and where it ‘earns it way’ onto the production line and maybe paced at times by technology advancements for peculiar applications such as very small O-ring installation. Incorporating in-process test and real-time results feedback to the production process to automate or set limits for future operation steps yield much better total system performance; this is particularly true for high-performance sub-systems or components such as hydraulic servo control valves. As new technologies such as additive manufacturing become certified for use in aerospace applications such as flight safety critical products these may be adopted but again, have to ‘earn their way’ onto the production line either by improved capability, quality, or cost: the preference being a combination of all three. Throughout, we have to apply solid and known processes such as APQP, 6-sigma, and continuous improvement /Lean principles. Although these products may never reach mass production quantities or economics, this is the path to what I believe are the lowest cost and highest quality aerospace products.

Future Of Space Security: What The Industry Can Do To Improve Cyber Resiliency

However, if you would like to share the information in this article, you may use the link below: